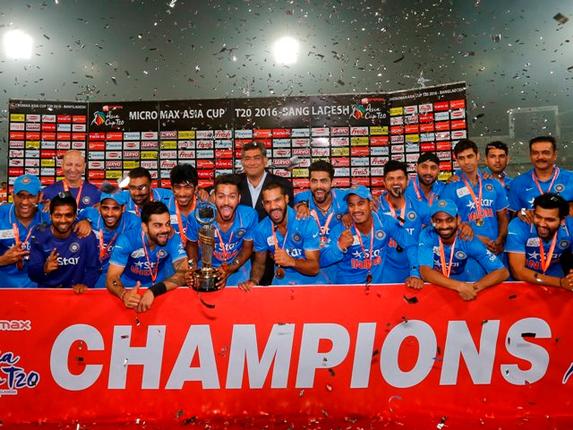 The Asia Cup Final match day is come and soon all we know that who is the winner of Asia Cup 2016 which will be played on 06th March 216 at Shere Bangla National Stadium, Dhaka between India and Bangladesh as these team qualify for the asia cup 2016 final match. India won all 4 matches and was on the top in the table and Bangladesh won 3 matches and stick on position 2 however Pakistan and Sri Lanka this year was on 3rd & 4th position where Pakistan won 2 and Sri Lanka won only 1 match against UAE.

As the Asia cup is playing since 1984 and India and Sri Lanka is the most successful teams so far as both have won asia cup title equally 5 time let see will India won this season or Bangladesh create a new history as an India I trust India will won this series 🙂 however if you support Bangladesh can post your thoughts in below box and don’t forget to read about the Asia Cup winners from all seasons you can get more information about aisa cup winners here “Asia Cup Winners List of All Series 1,2,3,4,5,6,7,8,9,10,11,12 & 13”. Now move to Asia Cup 2016 winner team name and more below. What do you think who will won this series India or Bangladesh I already said in my opinion India will be the winner what’s your thought let share it with your friends and see what’s their opinion is.